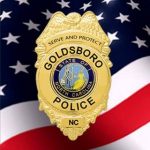 On May 14th, 2017, at approximately 0015 hrs., B-Shift Patrol Officers were in the area of Elm and Creech Street when they heard several shots being fired. While trying to locate the shots, dispatch advised of a shots fired call in the area of 1003 Norman Street. When Officers arrived in the area they located the victim, Brandon Jones inside of his vehicle in the yard of 1005 Norman Street. Mr. Jones was suffering from an apparent gunshot wound. The scene was secured and EMS was called. Subsequently, Mr. Jones succumbed to his injuries at the scene, prior to the arrival of EMS. The investigation is on-going and anyone with information about this crime is asked to call or text Crime Stoppers at 919-735-2255.